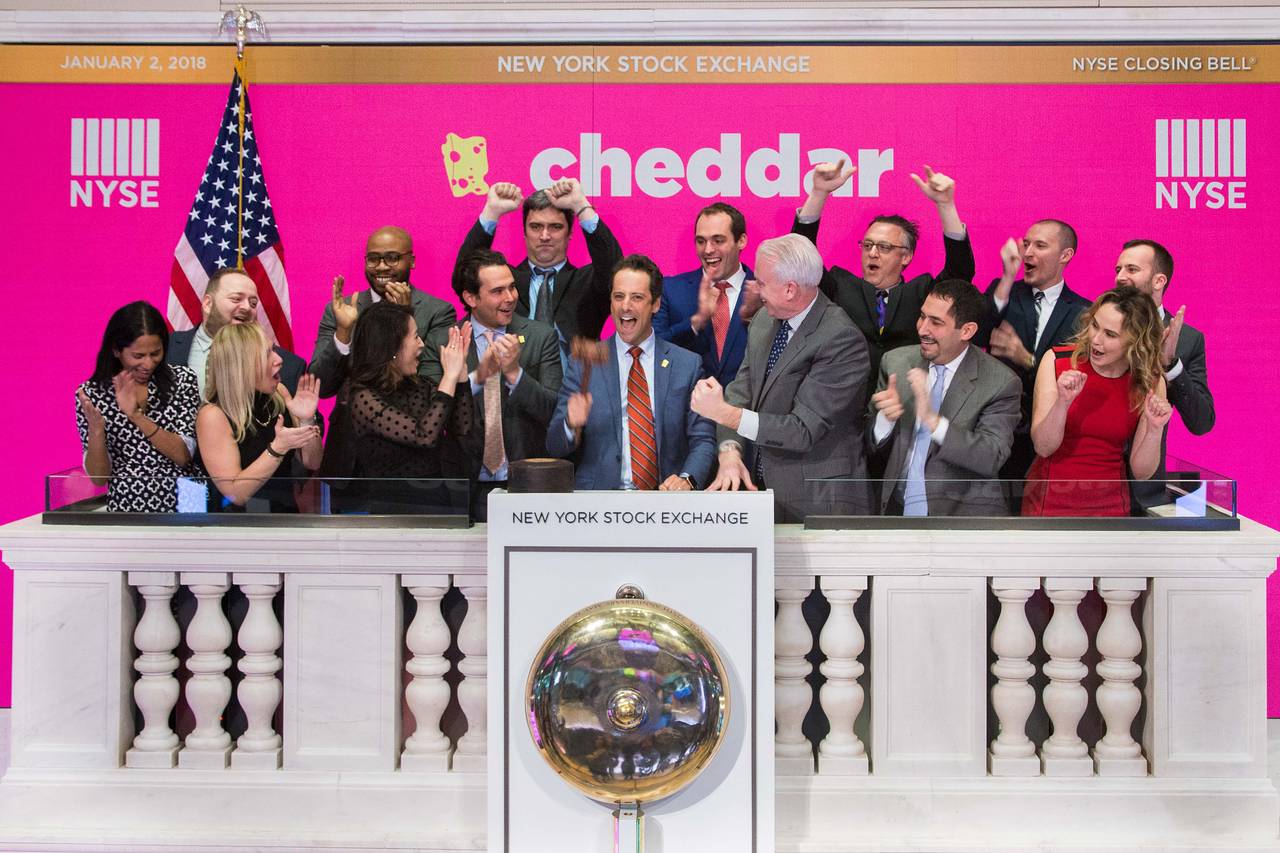 Cheddar, the ‘CNBC for Millennials,’ Raises $22 Million for International Expansion

The company is planning to expand to the U.K.; launch second network

Cheddar, the financial news streaming service aimed at millennials, is preparing to expand internationally and launch a channel on Snapchat Discover after securing a new investment round.

Roughly two years after its launch as a self-described “post-cable network,” Cheddar has raised $22 million, according to founder and Chief Executive Jon Steinberg.

The company is now valued at $160 million, up from $85 million after the last fundraising round, Mr. Steinberg said.

Mr. Steinberg, the former president of BuzzFeed, has pitched Cheddar as a disrupter of cable news networks aimed at millennials who are cutting the cord and turning away from traditional news. About 95 percent of the company’s revenue comes from advertising, Mr. Steinberg said, mostly native ad sponsorships from big-ticket advertisers like Fidelity and E-Trade that start at $125,000 per month.

Mr. Steinberg said Cheddar is hoping to forge distribution partnerships with new investors Liberty Global, a cable giant, and Antenna Group, which owns television stations in Greece, Serbia, Slovenia and Montenegro. He’s optimistic that the investment from Dentsu Ventures will give Cheddar an entrée to Japan.

Cheddar, which has about 130 employees, isn’t planning to grow its headcount drastically over the next year, Mr. Steinberg said. By the end of 2019, he expects the company will have fewer than 200 employees, part of an effort to keep expenses to a minimum. In December, Cheddar had operating expenses of $1.5 million and was nearly profitable, Mr. Steinberg said. This year, he doesn’t expect costs to break more than $2 million monthly.

“It will certainly cost something to go international, but I raised the money to get this great group of investors involved,” Mr. Steinberg said. “To have Liberty and Antenna partner to take us onto their systems. For now the cash is in the bank. We have more than enough cash to invest in what we want, get profitable and never raise again.”

It hasn’t been determined yet whether Liberty and Antenna would distribute Cheddar on their linear TV systems or over the top, Mr. Steinberg said.

Some of the money from the raise will go toward building a second news network, called Cheddar Big News. The streaming network will focus on general-interest happenings in the mode of local TV news. The network, which will cost between $1 and $1.5 million to launch, is scheduled to debut in April, Mr. Steinberg said.

The company is also planning to launch a channel on Snapchat Discover in April focused on business and tech news.

Cheddar is moving away from a strategy, announced shortly after its launch, to focus on subscriptions as a revenue stream, Mr. Steinberg said. The company put up a paywall in May 2016 and charged users $6.99 per month for access to its content but has since shifted to a strategy of launching with over-the-top bundles like Sling, Philo, X1 and Molotov, Mr. Steinberg said. The company will allow its users to log into its apps and websites with their credentials from those companies.

Although the media industry is facing serious challenges including fierce competition for advertising by companies like Facebook and Google, Raine Ventures decided to invest because of Cheddar’s potential to disrupt the existing pay-TV business model, said Gordon Rubenstein, managing partner at Raine Ventures.

“We don’t think of Cheddar as a traditional media company,” said Mr. Rubenstein, who sits on Cheddar’s board. “This is a post-cable network. And we think it’s a next-generation, global news and information platform that is thinking about the industry differently than any company we’ve seen in this space.”