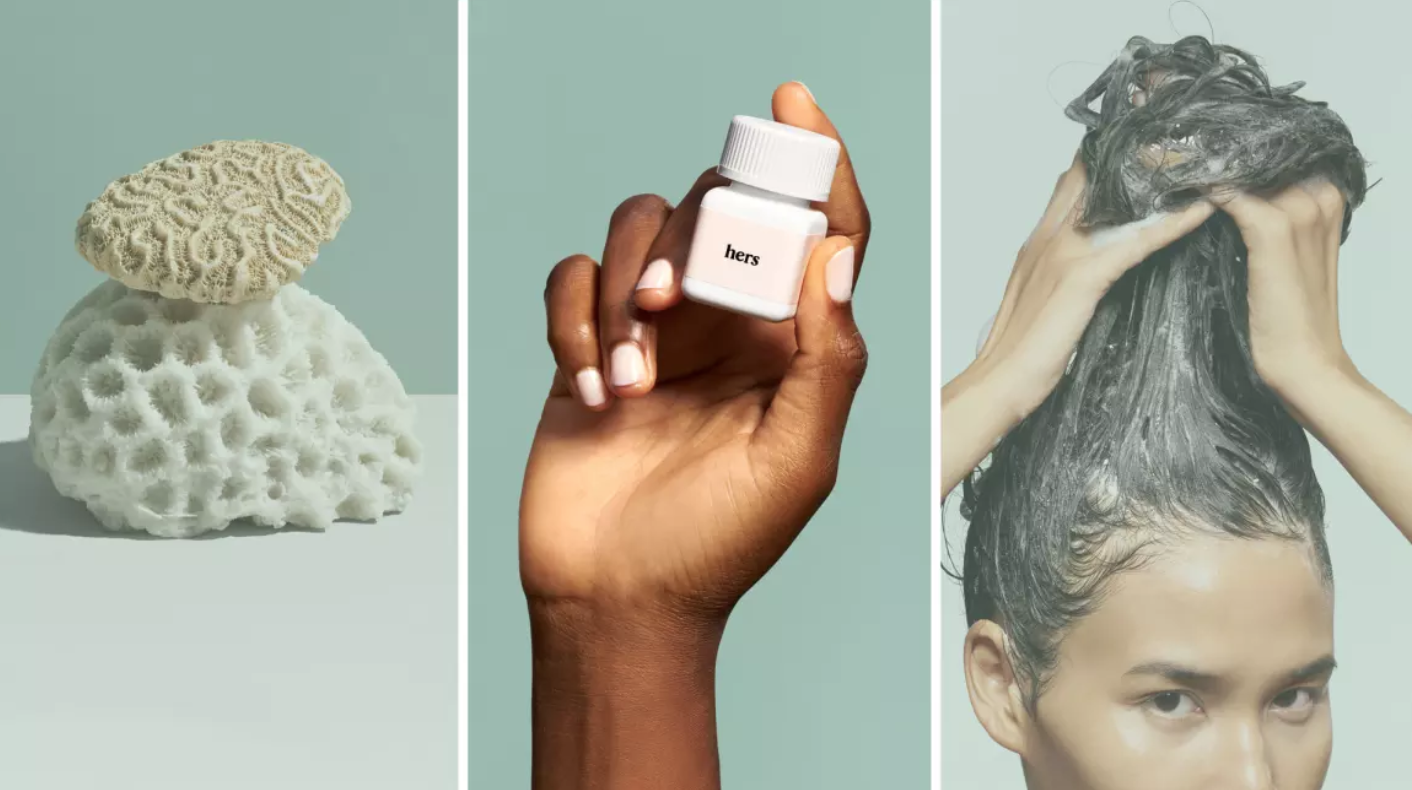 Can serial entrepreneur Andrew Dudum strike gold twice by applying the same cost-effective solutions for the women’s health category that he did for men?

Nearly a year since its launch, the startup is expanding its easy-to-access telemedicine offerings. The sister site will similarly focus on affordable, FDA-approved, medical-grade products for all age groups, from teens to menopausal women.

The line includes prescription and over-the-counter sexual wellness products like birth control and Addyi, the only FDA-approved medication for hypoactive sexual desire disorder. There are also beauty and skincare items, including those combatting hair loss, acne, and melasma.

Many of these products are readily available via other telemedicine companies, including birth control startups like Nurx or online skincare service Curology. Hers is bringing all that together in one central place for what it says will be a seamless transaction—with a stylish branded touch. A network of 120 medical specialists will be on hand to serve women from the comfort of their home.

‍
The telemedicine sector has witnessed a flush of investment in the last two years as Silicon Valley and the medical industry attempt to address two trends: an aging population looking for alternative care, and younger generations accustomed to efficient, cost-effective solutions. For patients in remote areas or with mobility limitations, telehealth can be a welcome option.

Hims raised $97 million so far for its multi-generational holistic approach to men’s wellness. Among its cloud pharmacy competitors are brands like Roman, which raised $88 million in funding, and retail stalwarts such as CVS.

Hims found success with its cheeky, not-so-subtle sexual health branding and affordable price points achieved by manufacturing its own products. It uses FDA-approved active ingredients once patented by and exclusively available to big pharmaceutical companies at up to 80% off what the big guys were charging.

FROM HIMS TO HERS

‍
It was last fall, during the initial launch weeks, that Dudum’s executive team realized their sales model could just as easily benefit women. The founder says the women at his company asked: Wait, why are we just focusing on one gender?

Of course, Hers differs from Hims–not only in offerings, but in tone. With Hims, Dudum tried to bridge the gap between medicine and men, who rarely interact with the healthcare system. (The company says 90% of men reported never having spoken to a doctor about their specific issues.) Women, meanwhile, know the system all too well; they don’t need an introduction, they just need a better solution.

‍
“[Women] are exceptionally educated about the options and they’ve done the research,” says Dudum. “They might not know everything, but they have a pretty good idea of the questions they want to ask and options that exist. The problem is that the system is not in their control. They’re constantly burdened with unnecessary steps that men, frankly, are not [subjected to].”

Women are tired of doctors failing to take their concerns seriously, or having to take time off work to visit the doctor, which often involve expensive co-pays. Some resent the hassle of going in person to talk to a specialist about acne, when they could have just sent high-resolution images of their skin. Others wonder why they need a checkup every few months for something as simple as a birth control refill.

“The existing system gets in their way of getting the medicine that they know they need,” says Dudum. “Hers is focused on issues we know women care about and getting them true access to medicine in the easiest way possible.”

For example, 50% of women report some degree of hair loss, which is a common post-pregnancy concern. A Hers survey found 70% of women are worried about losing their hair, though “it’s not something women talk about,” says Dudum. Hers offers solutions in varying degrees: A DHT shampoo ($27 for a 6.8-ounce bottle) to combat overly shedding hair, minoxidil ($15 for a 2-ounce bottle) for thinning hair, and supplements ($16 for 60 vitamins) that claim to strengthen follicles from within.

Then there are prescription skincare products that target acne or hyperpigmentation, which traditionally require a $25-$50 co-pay in addition to $100-$200 for the medication. Hers, in comparison, charges $30-$40 for the medical consultation, follow-up questions, and the treatment. The same goes for its sexual wellness category.

‍
The team spent the better part of the last year building a telemedicine platform in the 25 states where they operate. Depending on the state, consumers will have access to live licensed physicians–general practitioners, dermatologists, and ob gyns. Care will encompass a mix of texts, phone calls, photos, and video chats for medical consultations. Those doctors then work with a network of pharmacies across the country to get medicine fulfilled and sent out the very same day.

On the branding side, Hers worked to differentiate itself from Hims with a more sophisticated, grown-up aesthetic. Hims might have caught men’s eyes with its phallic cacti and millennial pink backgrounds, but Hers is going for something a little less stylized.

There is no succulent or eggplant innuendo. Instead, the Hers campaign uses coral as a symbolism for the female brain. It’s shot in minimalist design against stark neutral colors—as if West Elm released an aquarium collection.
The campaign was entirely staffed by women–from the copywriter to the director behind the camera. The models, meanwhile, are all over the age of 30. The images were shot on film to portray a grainier, more realistic representation of women.

“With Hims, it was more breaking through stigmatized issues through humor,” says Coles. “With women, it was about earning their trust.”

As Fast Company previously reported, telehealth is quickly being adopted by both the consumer and the medical professional. According to a recent medical survey by Kantar Media, 2 out of 5 physicians participate in telemedicine, or plan to within the next year. For those who don’t, 80% feel that a percentage of their patients could be successfully diagnosed or treated via telemedicine.

But there are still hurdles to overcome, namely, that telemedicine is still considered “less than” traditional checkups. A recent survey found that nearly half of consumers would feel less comfortable during a telehealth visit versus an in-person diagnosis, while two-thirds weren’t even sure telemedicine was covered by their insurer.

Companies such as Hers/Hims see that tide rapidly shifting in the next year as word of telemedicine’s convenience beckons time-strapped consumers. Dudum says that when he launched Hims, his team underestimated the appeal of never stepping foot into a doctor’s office. The startup was not prepared for the volume of orders that rolled through in its initial weeks. Hims made $1 million in revenue in its first week alone.
“In the beginning, we did hundreds of orders a day,” recalls Dudum. “Now we have thousands of men coming to us a day seeking medical treatment across a dozen different SKUs [stock keeping units].”

Dudum anticipates the same reaction with women and prepared an infrastructure that can accommodate high volume. While it may seem like women already have plenty of options on the market, he says women report a different story: It’s hard to get everything they want shipped to their house without sacrificing hours.

“Hers is trying to empower them to make purchases in their own time, in their own hands, based on their own education, and with the help of the platform and physicians who are guiding them toward the right safe options . . . but hopefully taking out a lot of the [hassle] that’s involved.”